News from American Baptist Churches USA that might be of interest to ABC Ohio.

Learn more about "Transformed by the Spirit" from ABC-USA and note that we have a congregation profiled in the video! 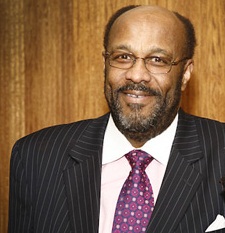 Dr. Marvin A. McMickle, a distinguished church leader and theological educator, was elected the 12th President of Colgate Rochester Crozer Divinity School (CRCDS) by the School’s Board of Trustees on May 17.  Dr. McMickle will assume some part-time duties over the summer and will begin his full-time service on January 1, 2012.  Following his election, Dr. McMickle commented: "How could I ever have dreamed that I would be called upon to serve the school that opened its doors to Mordecai Wyatt Johnson and Dr. Howard Thurman in a city that was home to Susan B. Anthony and Frederick Douglass? I am humbled by the honor and mindful of the challenges that await. Nevertheless, I am encouraged by the words of Paul in Philippians 1:6 that say, 'Being confident of this, that he who began a good work in you will carry it to completion until the day of Christ Jesus.' Pray for me and pray for God's grace to be showered on Colgate Rochester Crozer Divinity School!” 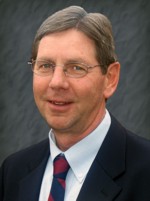 Dr. Ronald L. Burbick, Chairman of the Board of Trustees, has announced the selection of Mr. Richard A. Creehan as the new President of Alderson-Broaddus College (A-B College) effective June 1, 2011. The selection of Creehan to lead A-B College was the result of a national search by the College’s 20-member Presidential Search Committee led by Dr. Ed Grose, of Huntington, West Virginia, a trustee whose career was spent in higher education.  Creehan succeeds Interim President, Dr. Philip E. Cline, of Huntington, West Virginia, a long-time trustee of Alderson-Broaddus College.

Gustavo Parajón, recipient of the Baptist World Alliance (BWA) Human Rights Award in 2006, and a former vice president of the BWA, died on March 13 in Managua, Nicaragua, of a heart attack. He was 75 years old.

A medical doctor and former pastor of First Baptist Church in Managua, Nicaragua’s capital, Parajón was a prominent figure in Nicaraguan evangelical and medical circles. The son of pastor and church planter Arturo Parajón, he graduated from Case Western Reserve University Medical School in Cleveland, Ohio, in the United States, and earned a Masters in Public Health from Harvard University in Massachusetts.